While riding the subway in downtown Toronto, a melody came rushing into my head. This was before I had a smartphone to record the melody into. So I rushed out of the subway at the intersection of Yonge & Bloor to find something to write it down on. I ended up in a Starbucks and jotted it down on a napkin. Later that day, I got home and began arranging it for the band. It became known as Intersecion. Here's the napkin and the original idea: 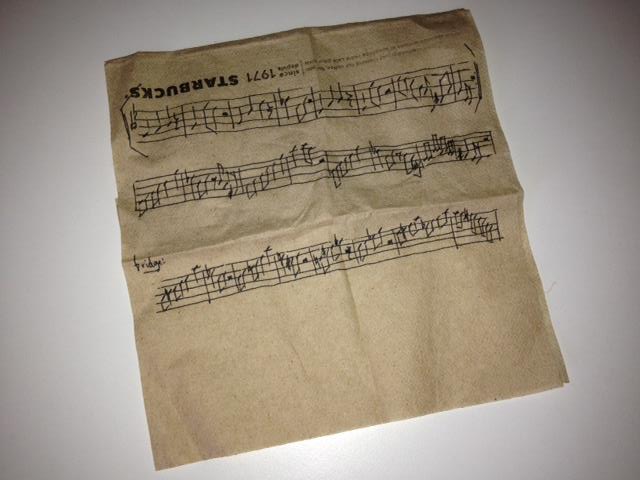