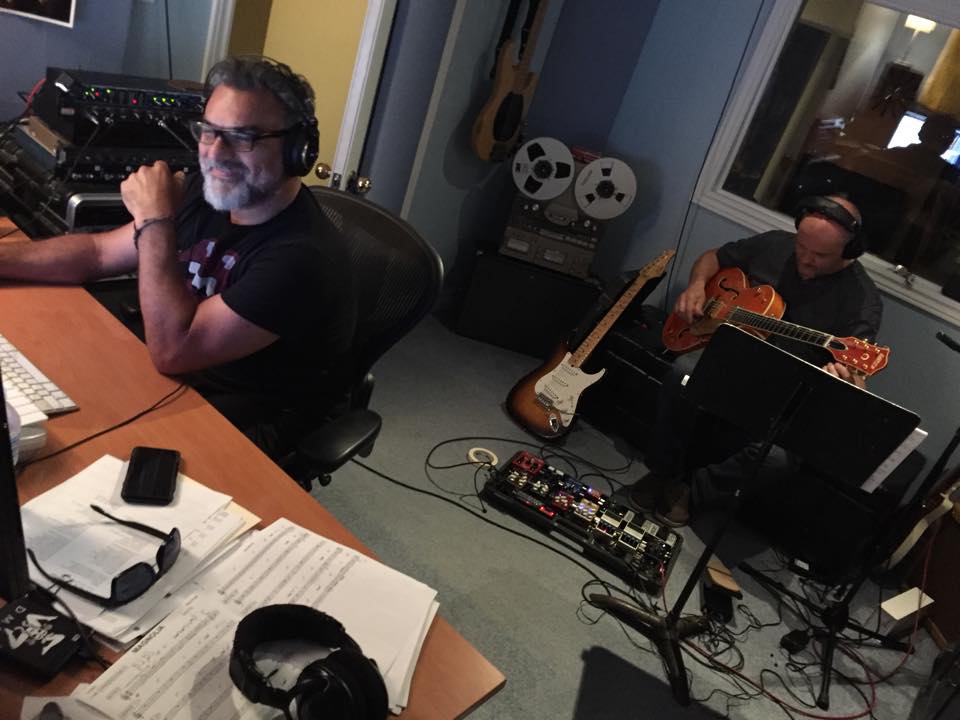 Recording a song (or three, or ten) takes weeks or months, not just a few hours. You have to raise the money, write the music, arrange the music, practice the music, book the studio, maybe a producer, book the musicians, record it, edit the recordings, overdub any extra musicians (and book them too), mix the recordings, master it, make the artwork, and print it to CD.

It took me a year to make my first album and 18 months to make each of the next two.

But for some reason, I decided I wanted to make a three-song EP in just a couple weeks. I was returning from my tour on June 16 and needed it printed and ready to sell from the stage at a concert on July 15. What was I thinking?

Step 1: Decide what to record

Definitely “Tu vuò fà l’americano.” We’ve been performing it for years and audiences have always asked for a recording. So now’s the time to record it! That was an obvious one.

But once you’re in the studio and you’ve booked all the musicians and everything, you may as well at least use everyone for a few more hours (you’re paying them already.) So, we’ll do three songs – two more vocal tunes, “Magnolia” (a new vocal tune) and “The Ghost And The Paperboy” (another one we’ve been playing for years.) The ideas was to choose three songs that would have similar instrumentation and fit together cohesively on one CD.

I can always use the help of more experienced recording artists, and that means working with a master to co-produce the project. So I reached out to my contacts and was recommended to one person and then another and then another. In the end, I managed to convince the amazing Dominic Mancuso to co-produce the project with me. Dominic won a Juno a few years ago for his world music album, he has an amazing sensibility for hearing what’s missing, he’s tech savvy, and this was the perfect match for the tunes I wanted to record. I was so lucky to have him on my team!

It takes 10 days to print a CD once the music is recorded and the artwork is done. That means the printing company needs the music by July 3 to start making the CDs if I want to pick them up on July 14 (the day before the concert). That gave us the two weeks from June 16 to July 3 to do EVERYTHING! Yikes. Ok, so, months in advance, we begin the planning.

What’s not in the schedule above is how I had to spend the nights editing all our recordings, going through it with a fine-tooth comb, making sure everything was the way I wanted it to be. Plus, reconfirming musicians, studio time, and getting lunches. Also, I had to do the artwork for the album. Plus, we wanted to have some video of the studio time, so I was working with a videographer too. Finally, all this cost thousands of dollars, so I had to make sure the money was there too. (That's an entirely different story!)

In the end, we had the right musicians for the job, the right mixing and mastering engineers, and that made everything go really smoothly. Every night was a late night, I was listening to the tunes a thousand times, and a lot of people stayed up really late and/or worked on Canada Day long weekend to help too (Dominic Mancuso, Mark Camilleri, John Bailey, Peter Letros!!!!) And every artist was really generous with their time.

Without everything planned to a T beforehand, we would never have pulled it off. And if the musicians hadn’t been as invested in the project as they were, the outcome would not have been as good.

So, at the moment, the CDs are at the printing press and are on track to be picked up on July 14 – just in time for the concert!

I can’t wait to get the music out to the world. We’ll release the first track, “Magnolia”, as a single in a couple weeks as soon as the video is complete. I’ll keep you all posted. And the other two will also be released as singles about two-months apart.

And if you’re reading this after July 14, 2017, be sure to check on iTunes for any of the three tracks:

Magnolia
The Ghost And The Paperboy
Tu Vuò Fà L’Americano 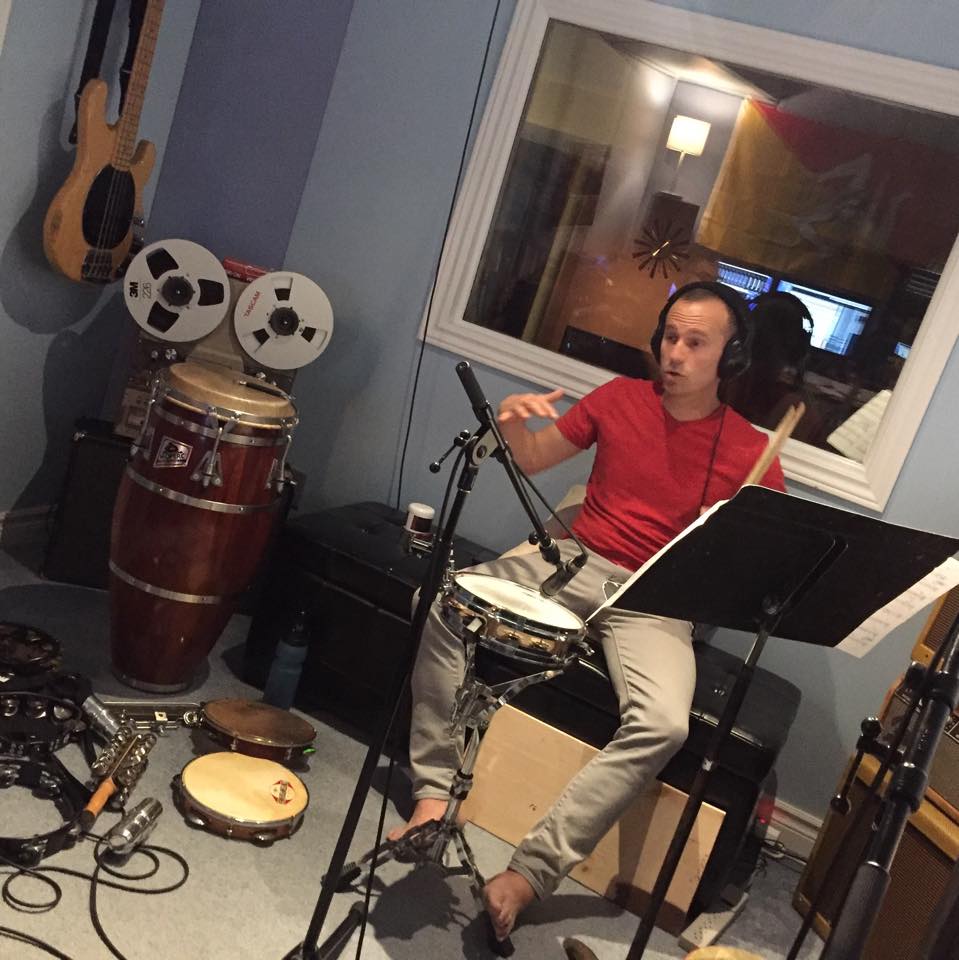 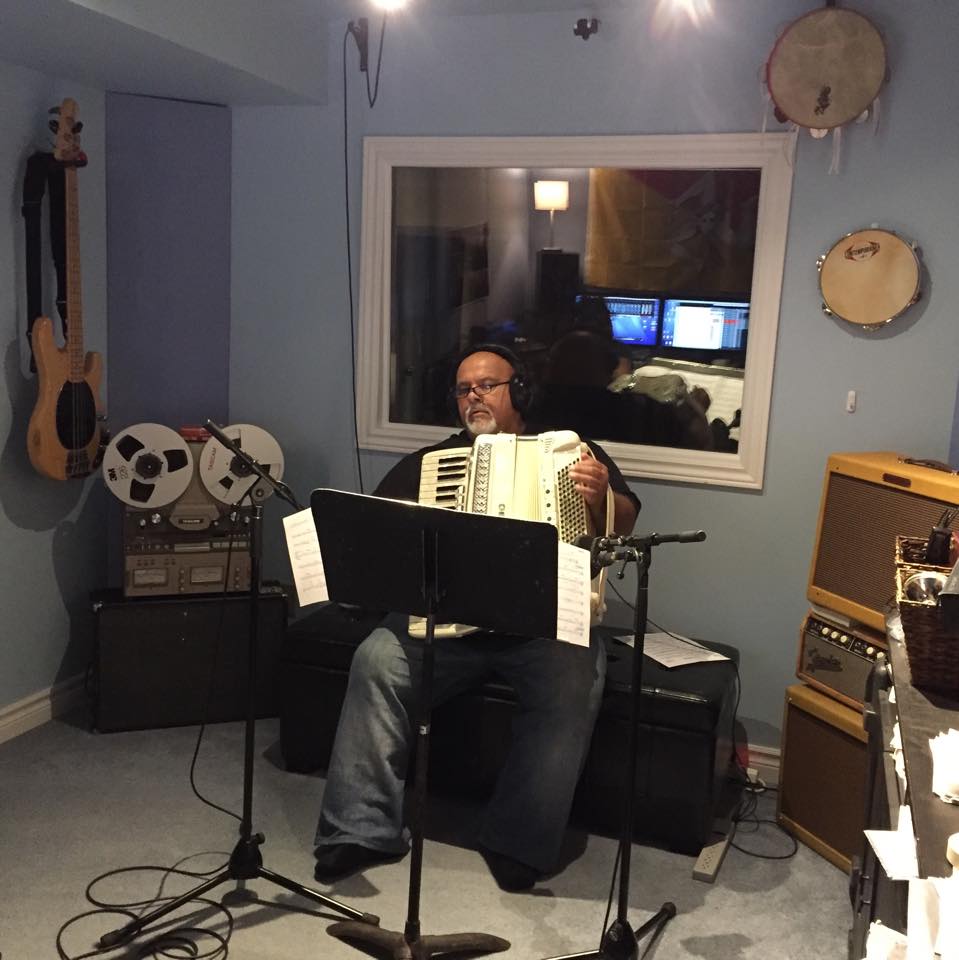 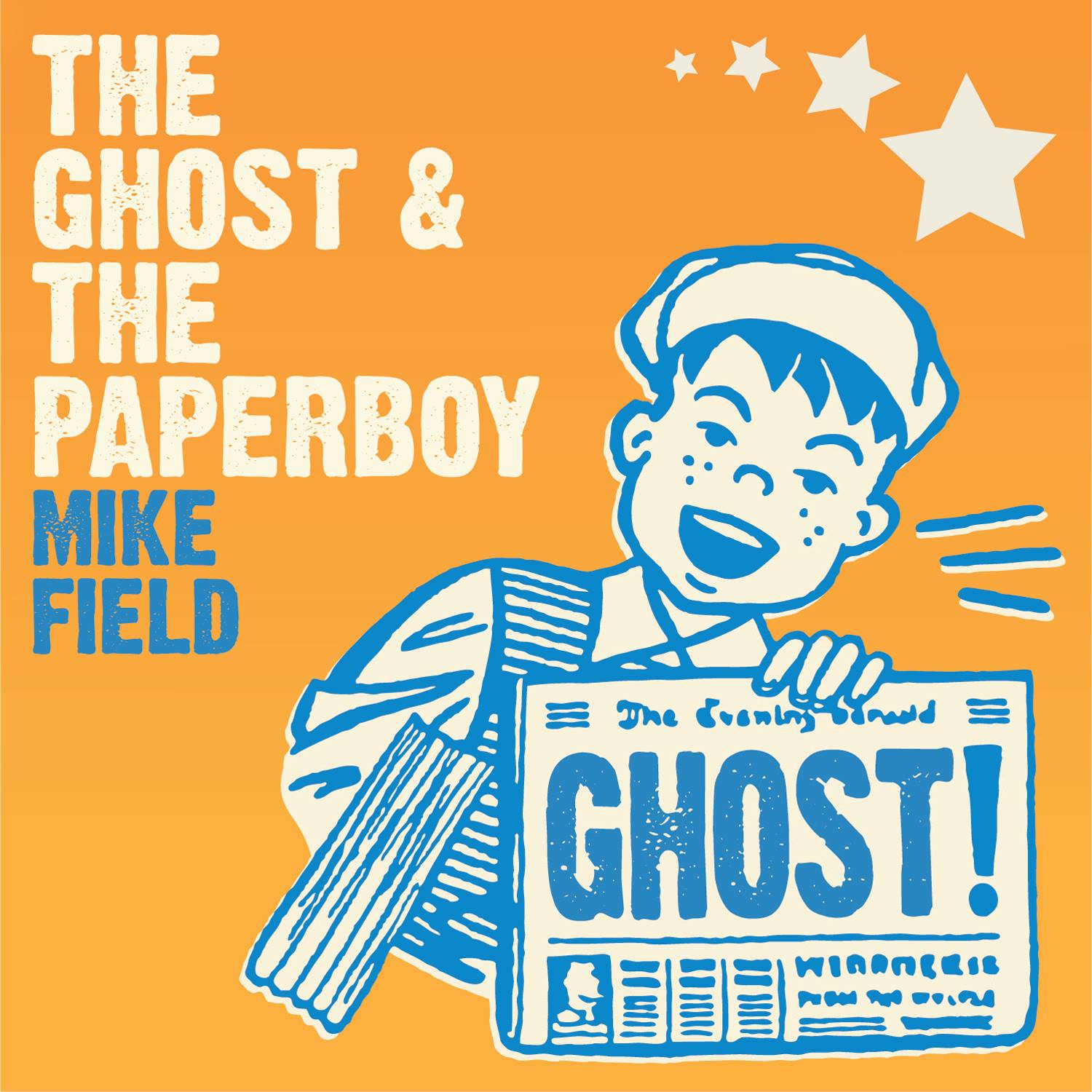 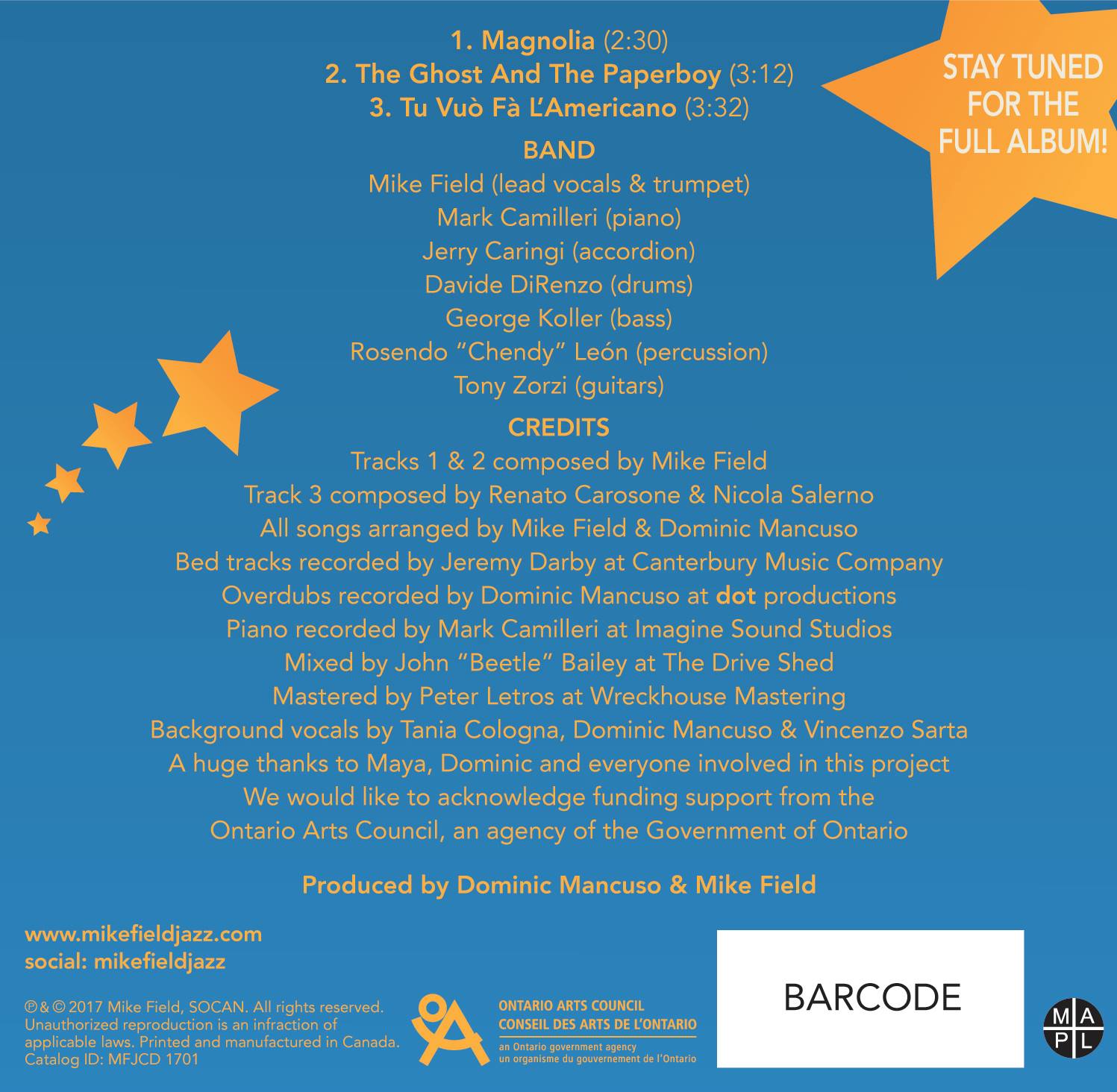